As I’ve been saying.  This is more rhetorical fuel for why I want the Einsteins Dream as well as the Improvisational Environments workshop to host apparatus that tries to avoid  “absolute” time-indexes

Time is an emergent phenomenon that is a side effect of quantum entanglement, say physicists. And they have the first experimental results to prove it

I agree with Doug’s caution about the problem with ignoring away the “dependent” variables — values f[t] — and paying attention only to “zero”-crossings. As Adrian would point out as well, this already encodes many assumptions on what is a significant event. For example, that’s the basic problem with the “pluck” detector that Navid has coded and used

But I have a fundamental reason which is to deliberately lever us away from mono-sense-modality-ness. It’s a very crude but hopefully effective method to get us to pay attention to the phenomenology of temporality.

Keeping in mind the modal bracketing that’s being performed by looking at intervals as Julian’s kit provides.

There are more sophisticated approaches — as Pavan pointed out in an AME seminar last month: well known in signal processing 101 as passing to frequency (time) domain. That raises other fundamental issues when the signal cannot be assumed to have a significant periodic component.

And so it goes. Meanwhile I say, let’s get crude and palpably relevant experiments working first, palaver later! Xin Wei

I am interested in how this study progresses, and must admit I'm more into gestural/temporal analysis than the hardware side of things (though it is nice to keep abreast of the latest developments…).  Especially ideas that could also be applied to music/movement coordinations.
Definitely agreed that the simple approach of onset/intervals is the way to go with this one.  I just wanted to note that, in such unconstrained movement situations, the continuous signal is still an important friend when one
cares about defining segments or onsets.  In Max/MSP parlance, bonk~ is right for some situations and not for others.  Conversely, continuous cross-correlation can be an excellent tool for finding onsets and the lag between co-ordinated onset actions, or a misleading one depending on the ensemble of signals. Really it should be tried, though along with the inverse, discrete correlation of pre-extracted onset data.  Weighting, warping and normalization of the corr. function can be applied as the situation receives more constrains due to the movement context. (e.g. compare Yin algorithm to standard autocorr. in the case of pitch detection).
All this to say, allowing a pre-defined package to uncritically handle the layer between continuous input and output onset data could be another type of over-determination of the problem : )
best,
Doug
Hi Julian, Katie, (and Nina):
Yes, I need to define the experiments in consultation with the experienced folks.  See http://improvisationalenvironments.weebly.com
Assuming that we can clear her paperwork with ASU, Katie will do logistics, scheduling.
My colleague Prof. Chris Ziegler, an expert in the domain of movement and technology from ZKM,
graciously agreed to be the Faculty point person for this workshop on the AME side.
So, soon I would like to hand this sort of communication over to Chris.
Then I would like to step back and focus on the design and execution of
phenomenological and scientific experiments on
(1) rhythm / temporal textures
and
(2) state transitions
which are my main foci during this workshop.
(1) rhythm / temporal textures involves working with Julian, Nikos, Ozzie, talking with Adrian and Doug.  Re-read http://textures.posthaven.com, especially.
(2) state transitions involves working with Navid, Julian, Evan, talking with Garth.  Re-read the Ozone paper (ACM Multimedia 2010)
Julian, Katie, (and Navid, Chris and Nina), I’ve inviting you as Admins to weebly.com so you can edit
http://improvisationalenvironments.weebly.com
I have transferred info from the following text into the website
Cheers,
Xin Wei
__________________________________________________________________________________
Sha Xin Wei, Ph.D. ( calendar )
Professor and Director • School of Arts, Media and Engineering • Herberger Institute for Design and the Arts / Director • Synthesis Center / ASU
Founding Director, Topological Media Lab / topologicalmedialab.net/  /  skype: shaxinwei / +1-650-815-9962
__________________________________________________________________________________
Download Improvisatory_Environments_Workshop_Spring_2014.rtf
Hi Ozzie, (...Julian, Nikos, Adrian),
xOSC — correlation, rhythm experiments
Yes, please go ahead and make two sets of wearables based on the xOSC device.  As discussed we can lay the battery and the board  flat, add a switch as you recommended, with a bit of curvature & rounding in the housing.  If they are as flat as possible, then we can strap them with store-bought sport cuffs to the arm or leg.    One we’ll give to TML, one AME/Synthesis (who will be the grad student here @ AME who will work in parallel with Nikos, Julian, Doug on the correlation tests ?   (See Adrian’s suggestions recorded on http://textures.posthaven.com .)
I would like to suggest leaving the capacity to do the following : to attach a small number (up to 12, 24?) of photocells.   Someday I’d like to be able to wire dispersed, isolated photocells into a shirt / skirt / pants and find clever ways to interpret the non-photographic time-varying data from those dispersed light-sensing points.  (Hence I add Pavan to this thread.)
INTEL wearable
As for other devices, I’d like to get us on the gravy train for some Intel gear such as the Galileo or Edison board.    Will do so soon as I can turn attention back to cultivating Intel.  Please advise me on what to ask for, and why so we can brainstorm on whether we — TML+Synthesis (CNMAT?) want to go for that Intel Wearables contest
Perhaps some video documenting a dancer controlling DMX lights via on-the-body inertial sensor would be nice to have ready to hand.
Cheers,
Xin Wei

Here are some pictures and video with xOsc device. We could just as easily integrate it with Evan's video patches to add other sensor effects. I am waiting for your Ok to order the other 2.
From: Assegid Kidane
Sent: Sunday, December 15, 2013 9:57 PM
To: Sha Xin Wei
Subject: RE: xOsc devices

Hi Xin Wei,
I think we should get 2 for TML as they are useful as a quick way to add IMU data or data from any external sensor to an interactive installation or Responsive Environment. The cost is about $620 for 2 sets which includes a LIPoly battery and USB charger. I will then make the housing ready here. Let me know if I should wait until I hear from you to review the pictures I will send to you.
Ozzie
From: Sha Xin Wei [shaxinwei@gmail.com]
Sent: Sunday, December 15, 2013 7:12 AM
To: Assegid Kidane
Subject: Re: xOsc devices

Dear Ozzie,
Yes, whenever you can, please send some pictures.  I will share them with the researchers in the Topological Media Lab who wanted to try out some of those devices for movement + media experiments.   Maybe we can investigate the costs for making say 4 sets, in order to have two pairs one in Montreal, one in Tempe, to test co-movement…
Thank you very much for this initiative,
Xin Wei

Actually, I am not. I can send you a few pictures on Monday, will that work?
Best Regards,
Assegid Kidané

That was one of the goals of the enclosure design. I have added a foot long hook and loop to strap it easily to the arm  or legs. For larger parts of the body it is a matter of using a readily available longer hook and loop. We tested it to control  the lights yesterday. Just as easy to integrate it in one of Evan's video patches.
Best Regards,
Assegid Kidané

Hi Ozzie,
I would love to see what you have built.   How wearable is it?  We want it to be comfortable worn on the body for very vigorous dance, athletics.
Cheers,
Xin Wei

From: "Somoza, John A" <john.a.somoza@intel.com> 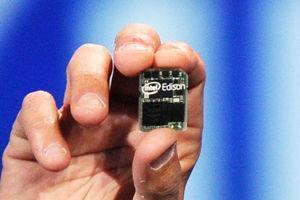 Some of the researchers at the TML have also designed wearables with an eye to comfort and visual design.  How flat can these enclosures be (and still do their job)?  Can we halve the thickness somehow by re-arrangement, so that the dancer can wear this for example in a flatter, concave part of her/his body?  Can a dancer or roll over it comfortably and safely?

The Sensestage wireless sensor platform that Nikos has used is much cheaper  -- about 1/10 the price including radio + software to map data to Max/MSP/Jitter.   One bottleneck is that each wireless device Bluetooth's to only one base computer at a time.  Another is probably low sample frequency.  (We could not fund numbers.)


I don't know what you are measuring when you say 1/10 of the price. Are
you including any labor costs -all the setup time the Canadian
government is paying
to configure the radios etc? Zigbee radios are paired to a master radio
which has to be accounted for. Also the old sense stage didn't have a
full 9DOF IMU - just
an unpopulated accelerometer. THese devices are significantly different
enough that I think we may be in Apple/Oranges territory.

Try a setup where you have them both connected to the same object.

flatness of fit?
I have found some smooth boxes to put things in: avoid stacking battery
and device. Put them side by side in narrow boxes with a good hinged
connection between. Silicone wire used by RC hobbyists is the magic
material you need for strain relief and to deliver enough power.
x-OSC gets hot due to higher power radio (and longer distances).


The xOSC is pricey but technically better on key specs -- so the remaining question is how physically wearable can it be….


The key thing for me is that you know when each measurement was made.
x-OSC has accurate time tags and the firmware
is starting to use this on various input sources (output control will be
done next year) . x-OSCis actually using an uncalibrated medium-grade
9DOF IMU.
Vangelis can fill you in on the sources and prices of calibrated
systems. Extra credit homework is to self-calibrate based on the
correlations rather
than use conventional "calibrate-to-a-reference" scientific and
engineering practice.

Can we entrust this discussion to TML RA's if available:  Julian Stein + Nikos Chandolias?   Nikos is an MA student who is both an electrical engineer and a dancer by training?   Talk / confer with Adrian Freed @ CNMAT Berkeley, Dr. Doug van Nort @ TML, Ozzie and Prof. Chris Ziegler @ AME.  Let's not second-guess or over-engineer -- please get sound deterministically coupled to co-movement happening as soon as possible -- CRUDE BUT PALPABLE is good.  Then you'll refine rapidly.

Download xosc.mp4
Download AKidane_xOSC.pdf
Download rhythm.rtf
Andy Schmeder wrote a bunch of xyz.geometry objects. The new "o.expr" is powerful  enough to do these efficiently and John and I have been
pondering what functions to add to the extensive list of basic math favorites. This would be nice to curate while John and I are on your coast. We are trying to schedule that before he takes
the April break from Northeastern....Speaking of Andy: he just told me about a tool that does 3d geometry parametrically but allows you to do convex hulls of objects not points.
It is hard to find this sort of thing that is in a plastic enough form to build into real-time engines for what we want to do but I think it is a valuable direction. I want to project various envelopes around real-time 3d models of the space and holes of people's bodies -envelopes that are predictive where the potential is layered over the actual.
The visual ghostly analog to a sonic pre-echo.
I think this is what basketball players and soccer players (and of course dancers) do.  They interact with the ghosts of the past and future.
The present is too late and moving.....

It'd be a very useful learning exercise to clean up this code to calculate the degree of dispersion / clustering of a set of points.